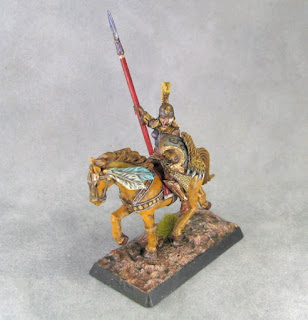 I've wanted to do something with this Amazon heroine model since I first saw the greens. Well it finally happened and I think it turned out pretty good. 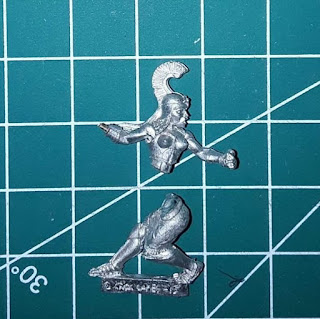 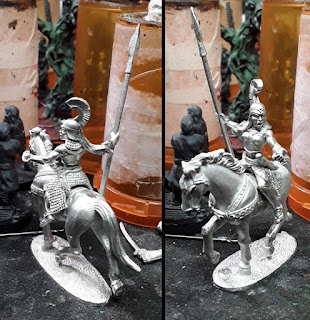 She got chopped in half (which was way easier than I expected) and combined with the legs of one of the Raider minis. I then magnetized her and the horse because her long spear will make storage and transport a little dangerous. 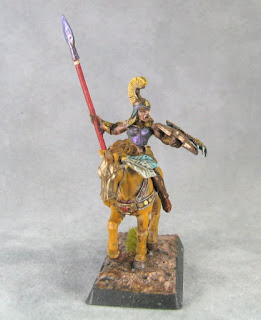 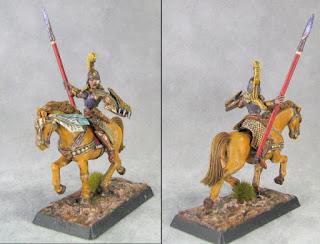 Her spear arm came from some other Crocodile Games figure (maybe a Spartan?) but it looks right. Her shield was smoothed out and became a  stumbling block because I couldn't figure out what I wanted to freehand on it. I tried some teeth but they just looked too orky. So she sat untouched for weeks as I tried to get some inspiration. 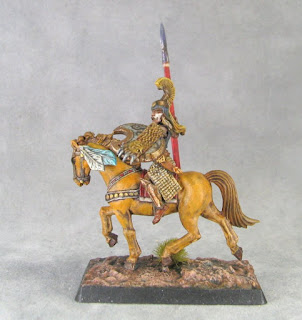 I was searching through some old plastic bits and came across an old High Elf musician with a lion's leg fur part. And there you go. I drew the swirls in the background of the shield with a micron pen. I thought maybe they would represent some tentacles or maybe just some design. 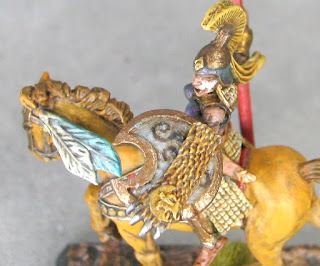 The horse needed a little something more to show that it's also part of this heroine. I have various plastic GW feather bits and decided these looked best. When I was almost done I realized I didn't like how the left side of her face came out so I gave her some fierce half-skull facepaint. 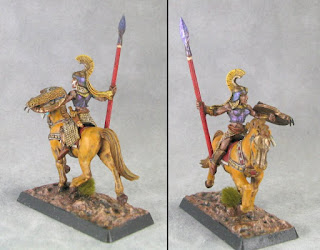 She is able to sit on the other magnetized horses (even though I just randomly put the magnets in- they luckily matched how I'd done the originals). I really like her pose and I feel like the colors help her stand out as a heroine. 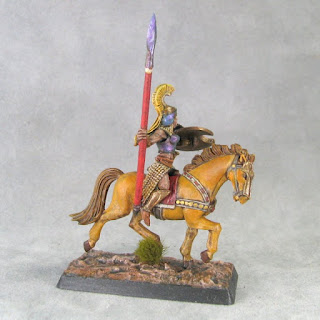 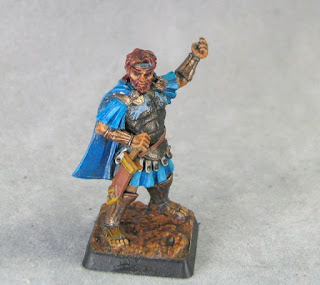 A really quick paintjob for this WarGods of Olympus (Kleon) figure that was available as a pre-release at Adepticon. I wanted to paint something a little different than all the awesome Amazon minis I've been doing (not because I'm intimidated by the cool mounted Amazon Heroine conversion I did recently and can't get her finished how I pictured in my head). 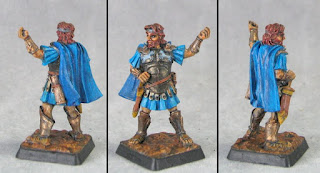 I like how he turned out overall. His eyes are a little bit of a disappointment, but I just couldn't get them to look right so I went with the darkened suggestion method. 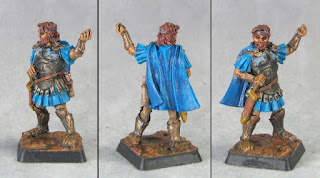 Posted by Clarke at 8:16 AM No comments:

I wanted a little painting change of pace from recent miniatures and chose some of the little extras from Crocodile Games. 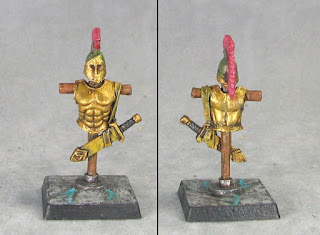 The Spartan armor rack but with a plastic helmet since I snipped the original off for a base or some terrain piece. 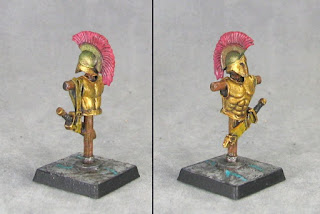 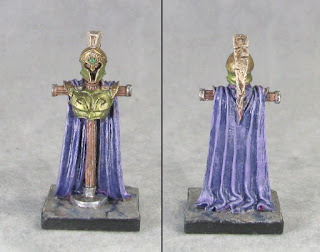 The Corinthian armor rack was a nice time painting the cape purple. 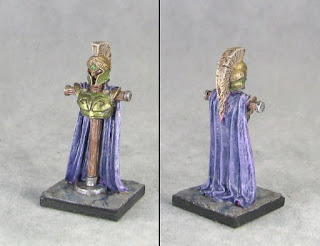 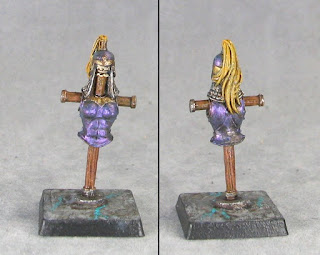 The Amazon armor rack has been painted before (way back when the Kickstarter minis arrived) so now I have two. The color scheme for this one is different from the original. 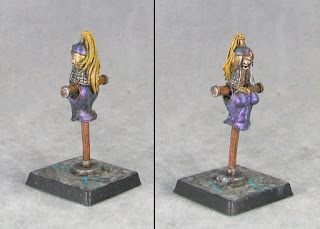 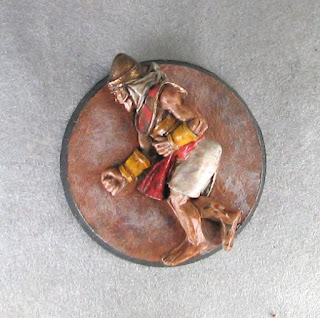 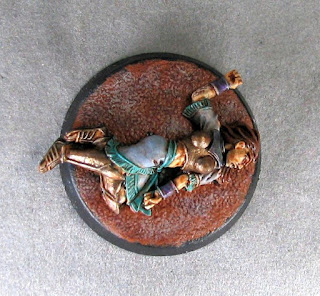 Posted by Clarke at 7:24 PM No comments: