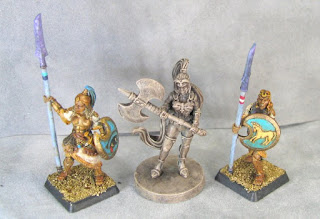 These two spearwomen will take the place of the two with lowered spears in my current campaign unit. The lowered spears look great but cause too much havoc when moving the unit on the tabletop. Plus another figure from the cheap Wonder Woman game saw some slight conversion to become another statue. 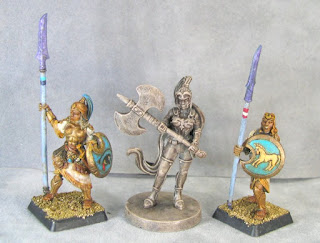 The statue was originally equipped with a sort of goofy looking axe that I thought was too big. This replacement from Reaper Bones weapon pack is actually a little bigger but looks so much better than the original. Just layers of drybrushing and washes to get the statue look. 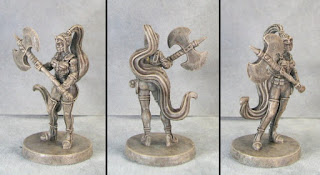 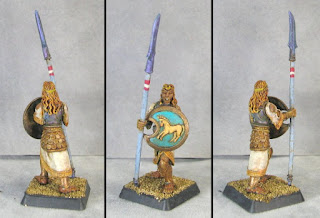 This next spearwoman could have had her spear arm added in a lowered position but I decided to make her fit in better with the rest of the girls it should be up. She's another in the unit with a horse shield. 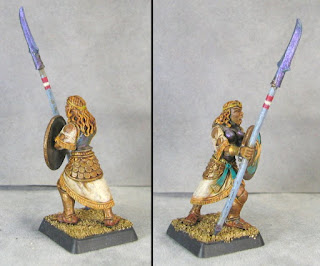 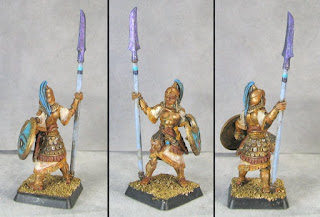 FInally we have another spearwoman witha shield I got to do some freehand on. I wasn't sure what to do so went with another eyeball like on an earlier member of the unit. 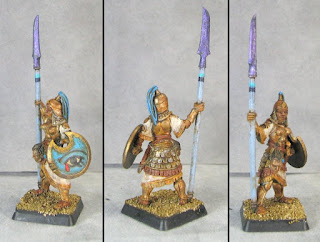