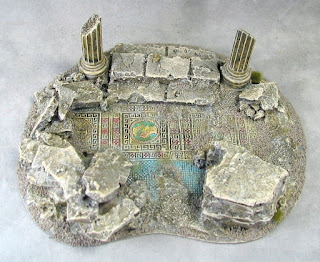 Another small terrain piece inspired by the Olympus board at Adepticon. I was given the base that had a test roll of green stuff texture roller. 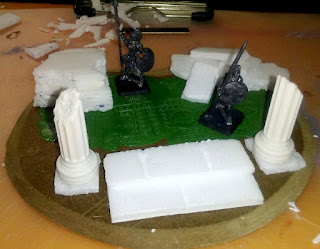 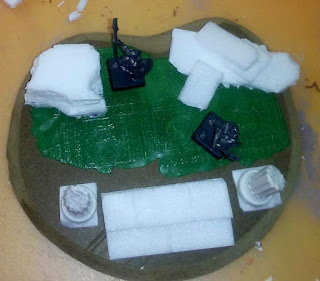 The final layout stayed pretty true to the initial plan. It was then just a case of chopping up some foam chunks and arranging them into interesting piles. For the medium chunks of debris I used some cork chunks I recently rediscovered in a box. The ruined columns are from Mantic Terrain Crate. 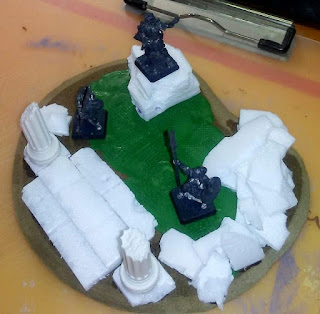 For the floor itself I went with simple colors that would still look good dirtied up. 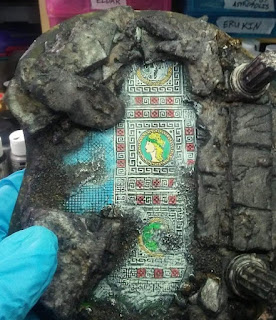 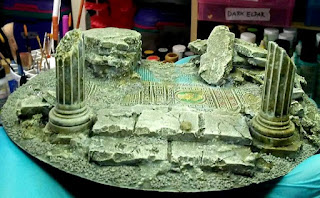 There were a few grass tufts added just to spice things up a little and ti was done. From start to finish it came together pretty quickly. Overall maybe a day total time spent on it (it was spread over a week and a half, though). 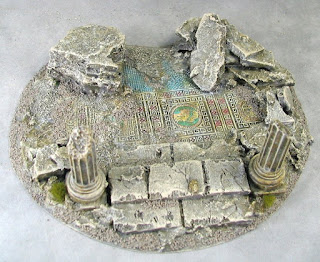 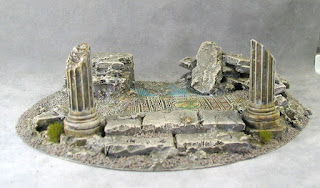 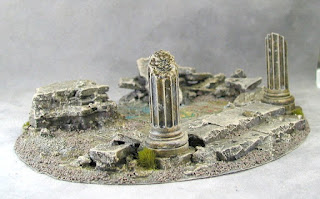 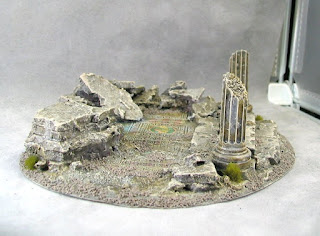 I tried to design it so it would provide room for several figures inside and a few easy avenues of entry. But it could also provide some protection for figures inside. 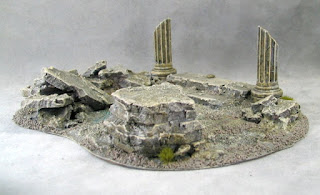 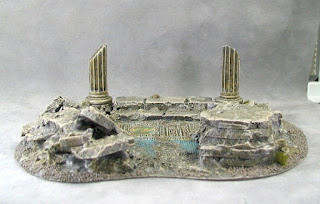 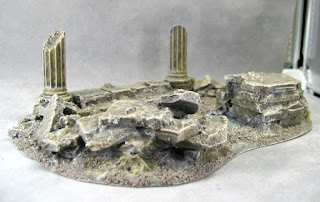 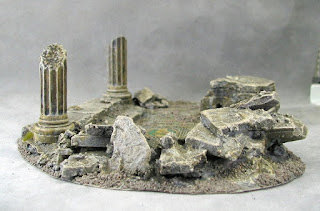 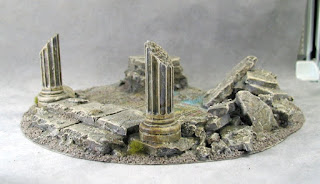 Here's this new ruin with the previously completed Altar of Genericus and  on top of the hill. It's roughly the same size as the Altar piece. 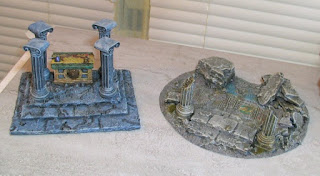 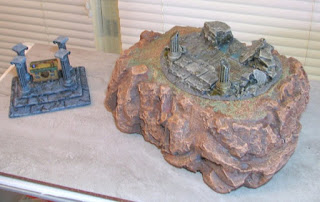 While these ruins were designed with WarGods gaming in mind, it was clear early on that it could fit into all sorts of settings. Below we see some adventurers searching for lost treasure. 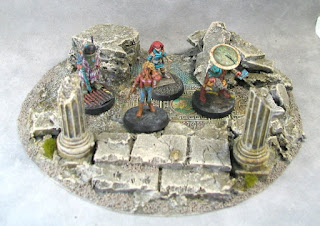 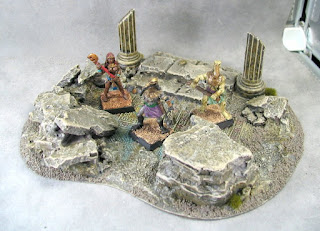 Above we have some Tethru Slingers and an Asar Champion taking refuge in the ruins. Below we have some Dark eldar using the ruins as cover for their ambush. 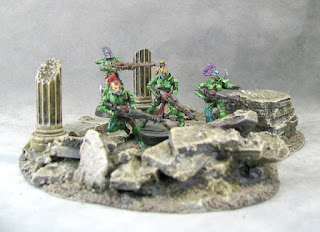