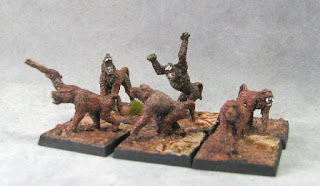 I recently found the package of these baboon minis that I totally forgot I had. So they get to kick of a lite version of Aegyptus April. They were very quick paintjobs but I think they turned out pretty good.  While there aren't any rules for baboons in WarGods (yet) I based them so they could be used in place of jackals. All but two of them got a little bit of temple floor on the edge of their bases because it almost always looks cool.

This first one is pretty unassuming, but he will likely not hesitate to bite your face off. 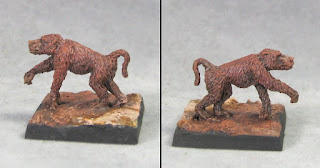 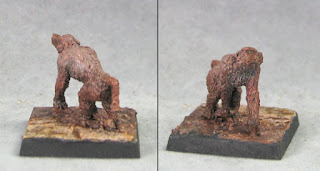 Next is one of two sculpts with sticks. This guy is just dragging his stick nonchalantly. 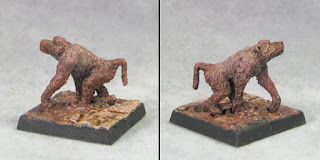 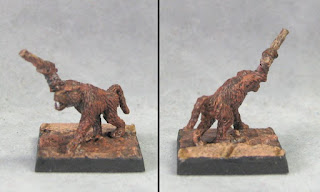 This one  is the other sculpt with a stick. Unlike his buddy, this guy isn't hiding his intentions to hit some stuff with his stick. 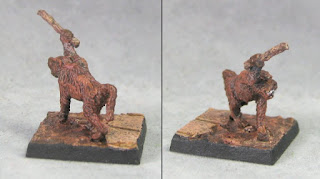 I really like the pose of this one. He's the only one in more than one piece- his right back leg was separate. 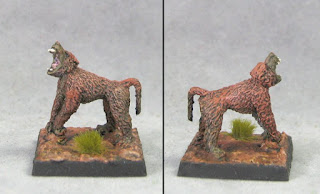 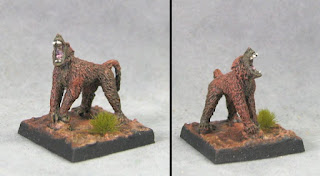 This one is baring his teeth or yawning really big. 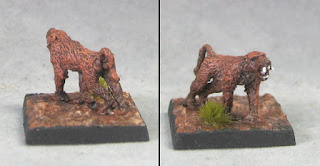 And finally is the rampant one up on his back legs ready to do some damage or maybe just scare someone off. 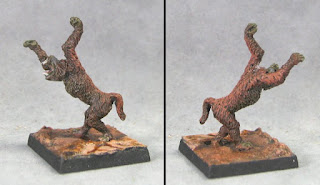 Here is the troop with Shefdu Sootootma, Tethru Harbinger of Thoth, since baboons are also creatures of Thoth they could possibly fit in nicely with Shefdu's next warband.