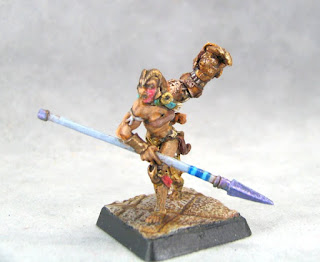 Sadly there is no Demigoddess of Hephaestus miniature from Crocodile Games. In order to have one to lead an Amazon warband I decided to find an alternative figure. And it needed some conversion work done. 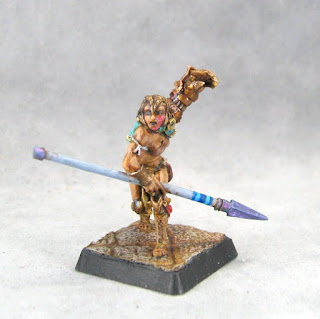 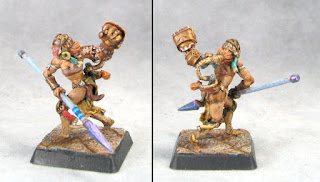 I went with one of the Amazon (more South American style than ancient Greek) figures from Freebooter Miniatures. She came armed with a wooden trident sort of weapon and a net. Both arms came separately so I had to find some replacement arms to make her more Greek. 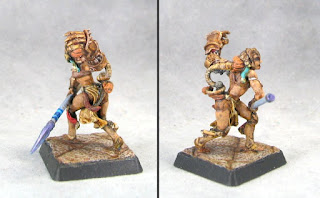 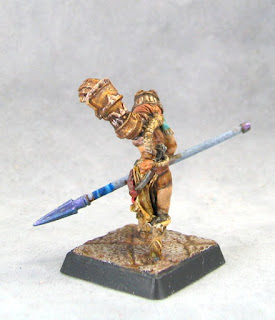 Since she was meant to be a daughter of Hephaestus she would need a mechanical arm. Luckily I had a few resin cyber arms from Spellcrow to choose from. She also needed a weapon of some kind for the other arm. Try as I might, I couldn't find a big hammer I liked that fit well with her. Eventually a spear arm from a Tethru figure looked right (it was muscular without being too muscular to show her work at the anvil) and on it went. 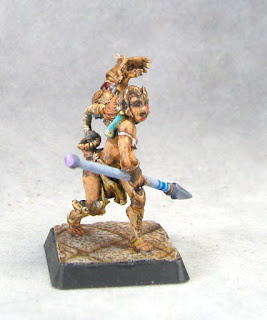 For her base I wanted the "temple stones" I like to use so I cut a piece of the liner paper I use for that effect to cover the whole base. Then the painting came. I didn't like the left side of her face so I decided to give her the face paint so I wouldn't have to look at the flaws that were probably just in my imagination. 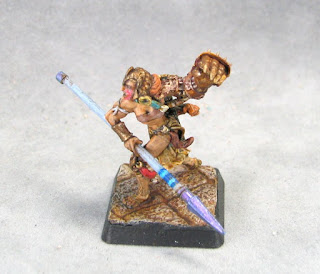 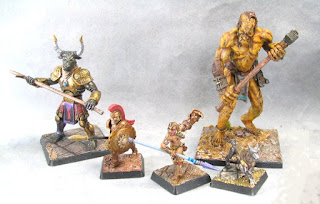 Above, we have Iomeda with some of her childhood friends. Below, Iomeda is lined up with a couple of her Demigod cousins to show how she fits in with some of the Crocodile Games Demigods. 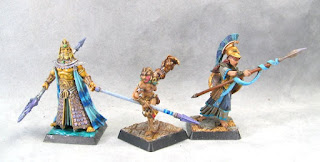