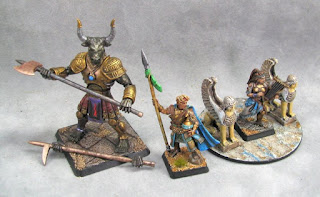 As discussed all the way back in April, instead of one big extended WarGods Minis Month 2021 is getting THREE whole months with narrower focus. Thus October is for Olympus miniatures. And the folks at Crocodile Games have made an official thing of it that is really cool. 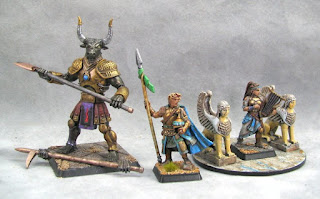 I'm keeping my Olympus focus to Crocodile Games stuff because I have so many Greeks from both the Olympus Kickstarter and previous GenCons and online orders that are unpainted I'd like to make a dent in before the month is up. This first batch has a metal monster, a couple of normal folks and a little terrain feature. 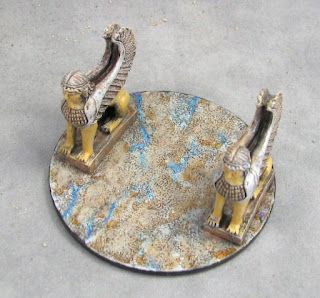 These Sphinx statues are resin pieces I picked up from the Croc booth at GenCon 2019 just because I thought they looked so good. I didn't want them separated so I found a 60mm base to mount them on with room enough for a 25mm square base to easily squeeze through, anything bigger will have a bit of trouble. I've done marble-ish floors before and tried to do it for this base- not sure if it turned out okay or horrible. My thoughts are this can be used as a minor terrain feature or even an objective marker (go to the sphinxes and recite the incantation for a whizz-bang to go off). 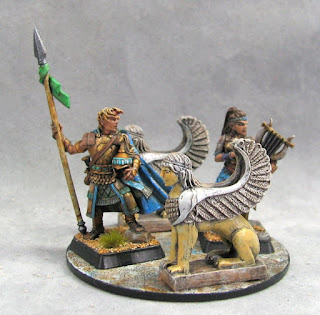 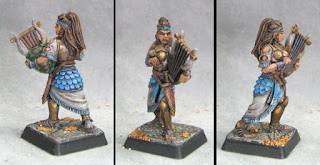 Next is the beautiful Amazon Musician. I don't know how I always forget how much I love these sculpts. Only dozens more Amazons to paint! 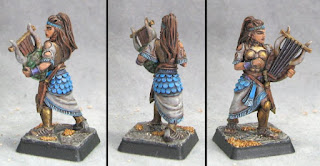 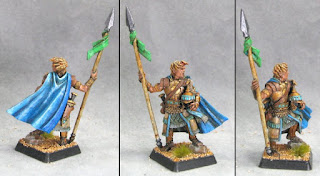 And then we've got another great sculpt, the Tragic Hero. This guy should be on the cover of a trashy novel, his fate is sealed but he will meet it looking so good. I love the blowing cape and hair. The ribbon on his spear is green because I figured it was given to him by a fancy lady who wears green, so that's why it's not a blue to match his cape and such. 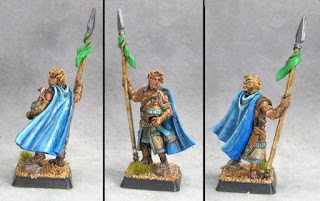 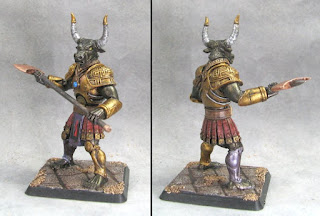 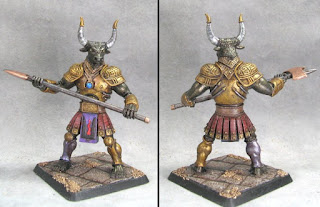 Finally we come to the gigantic Bronze Minotaur Automaton. He comes with two weapon options but the stats are the same- I didn't let that stop me from using some tiny magnets so he could swap out the axe for the hook-thing if he's feeling like a hook-thing sort of day. 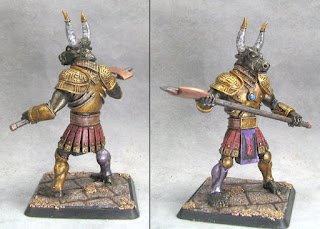 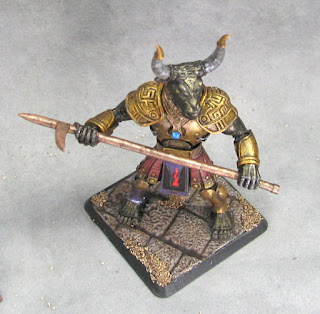 Here we've got the Bronze Minotaur with the hook thing and below you can see where the magnets were inserted into the wrists (there was no need to drill holes because holes were already there to accept the cast pins on the weapon- the magnets I used fit perfectly into the existing holes). 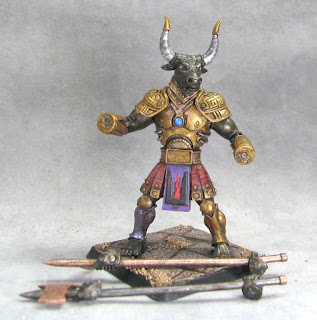