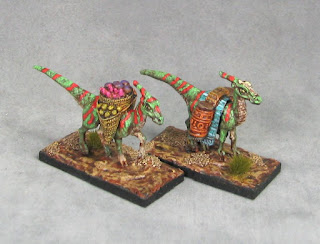 Next up for the Forge of Ice February event are these wonderful Okroi pack animals. I simply love these things and painting them has led to plans for more to make a caravan. 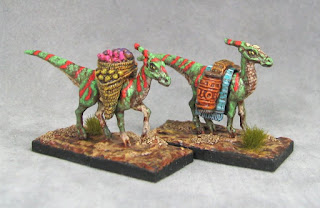 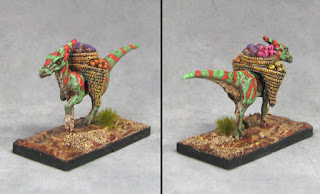 I wanted to paint them for a long time but never got the right paint scheme to spark the process. After finishing the first Pterroman I realized what way to go with these dinosauroid deer. I've had a unicorn partially painted as a 'zebracorn' on the painting table for over a decade- I finished the stripes on one side but was discouraged to finish the other side. So that led to the idea of stripes for the Okroi. I think they came out great. 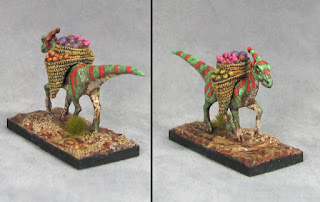 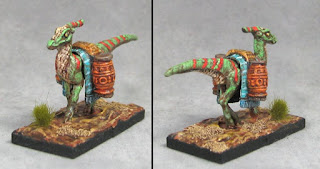 This second one is just as beloved as the first. While the first one has white "boots" on the front legs I decided this one should get a white splotch on the forehead. It helps them each have their own personality. 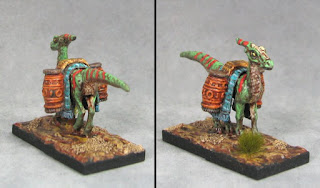 Here is a comparison of the Okroi with some other Forge of Ice animals. The Skull Pig is huge anyway, but these Okroi are dwarfed by the monstrous boar. The Azorian Lion would surely get a nice meal if it were able to catch one of the Okroi. 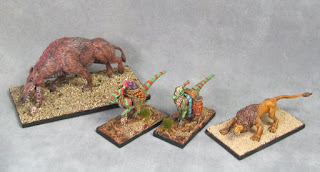 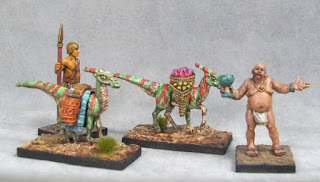 And here are the Okroi with some humans. The Sleazy Merchant is pleased that his latest shipment has finally arrived.. 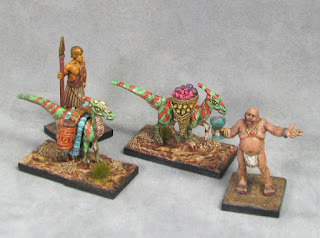