Lots from Crocodile Games and a couple from elsewhere. 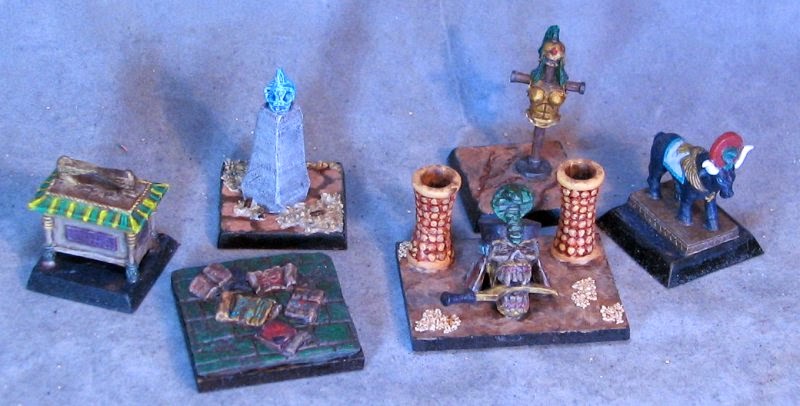 So I had this extra Sphinx head in my Ægyptus bits and I wanted to do something cool with it. Since I have a crazy dream of one day organizing and finding people who want to play a massive WarGods-based dungeon crawl game someday, I've often made treasure bits that would fit that sort of thing. So maybe it's an Excalibur-like kopesh held tight in the jaws of the Sphinx only to be removed by the true Pharaoh. 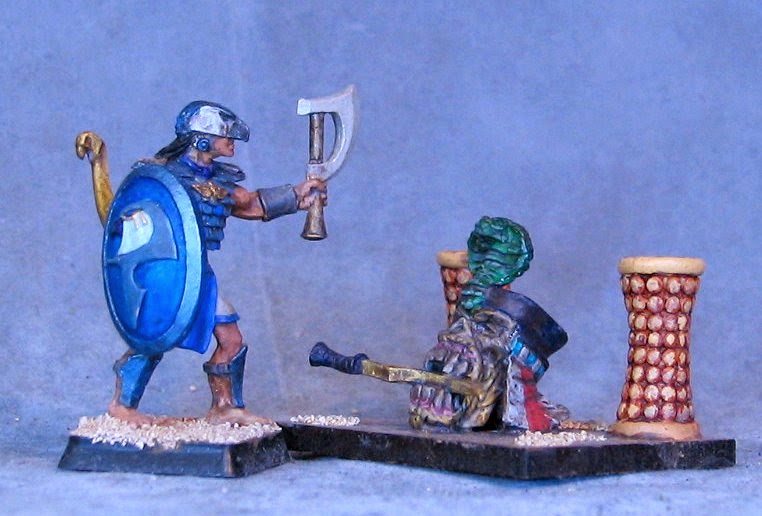 Apis statue, partway painted since soon after it was released.

Sadly the only part of the Olympus Amazons shipment that is completed so far- the Amazon armor rack. 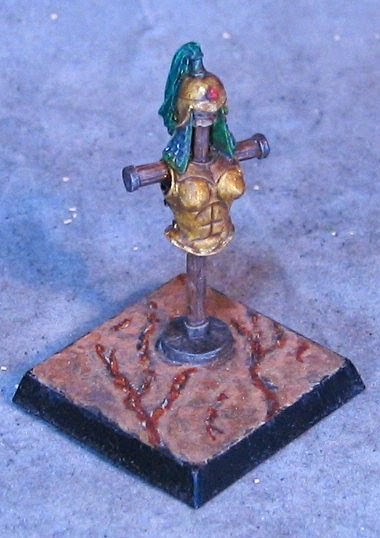 Another long partially painted piece. I've decided this is the Ark of the Phoenix. From Alex Bates' Forge of Ice, a Sleestack Library Skull. I tried to give it a sort of "crystal skull" look but it didn't turn out how I imagined. 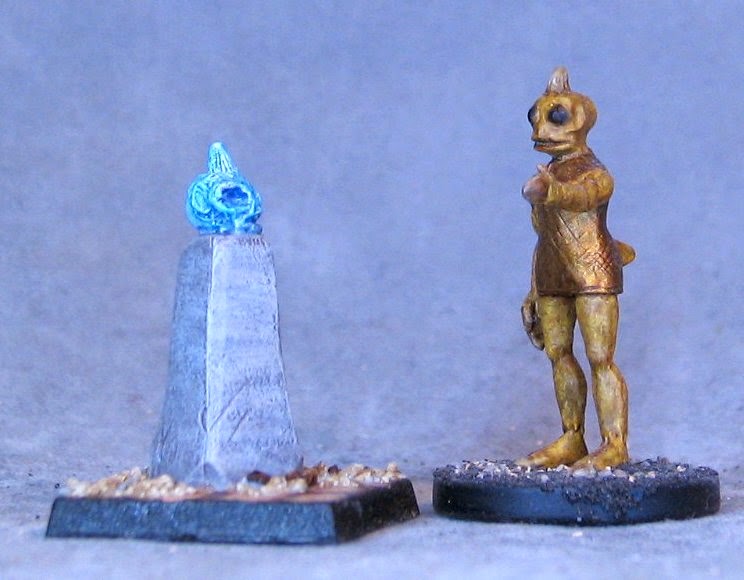 Posted by Clarke at 9:46 PM No comments: