WarGods Minis Month 2014 has officially been extended to sometime in September because of a lack of painting time on my part. Plus then I can get the finale to coincide with the 100th post celebration... 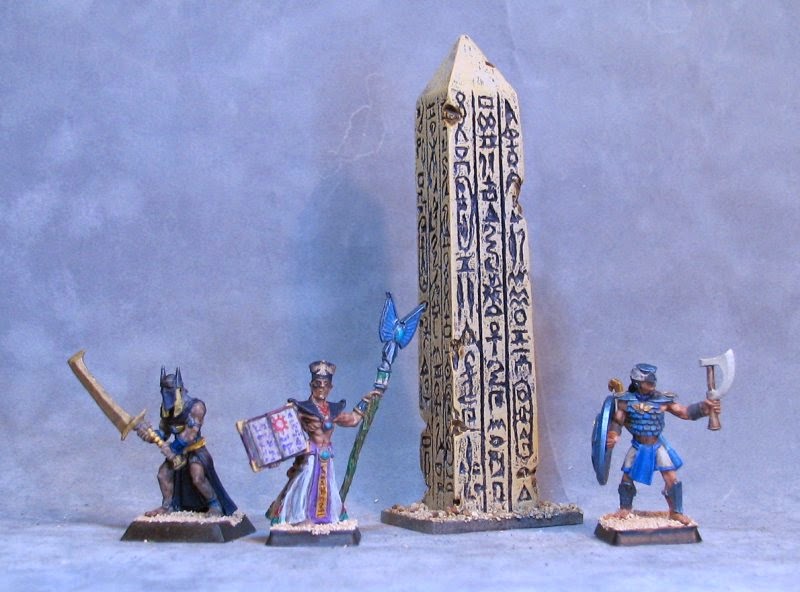 This time we have 3 Asar characters and a resin ruined obelisk! 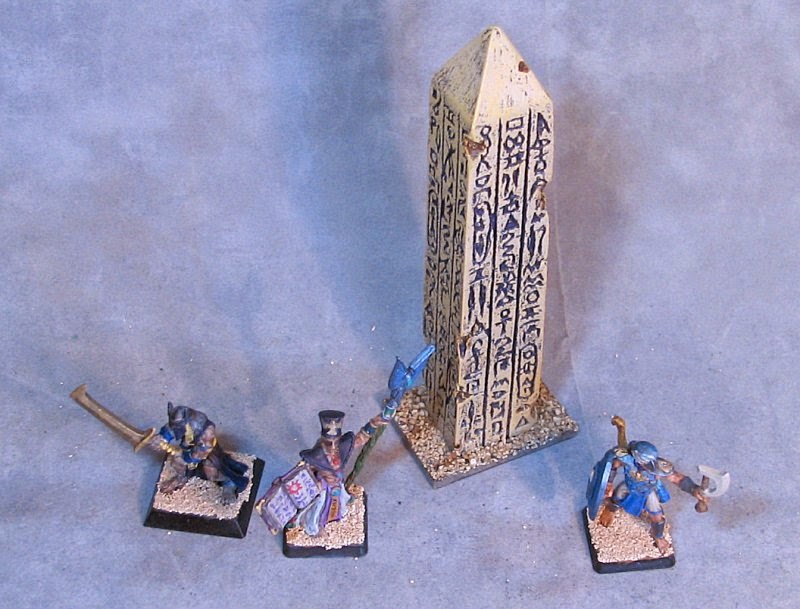 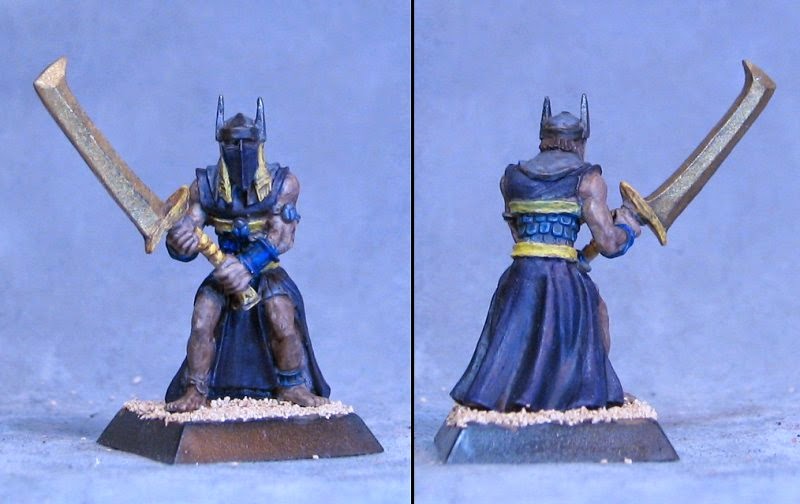 First up, Dark Night, a vigilante from the city of Pharos. He strikes fear in the hearts of criminals and others as he fights to make the streets of that corrupt city safe for the innocent residents. 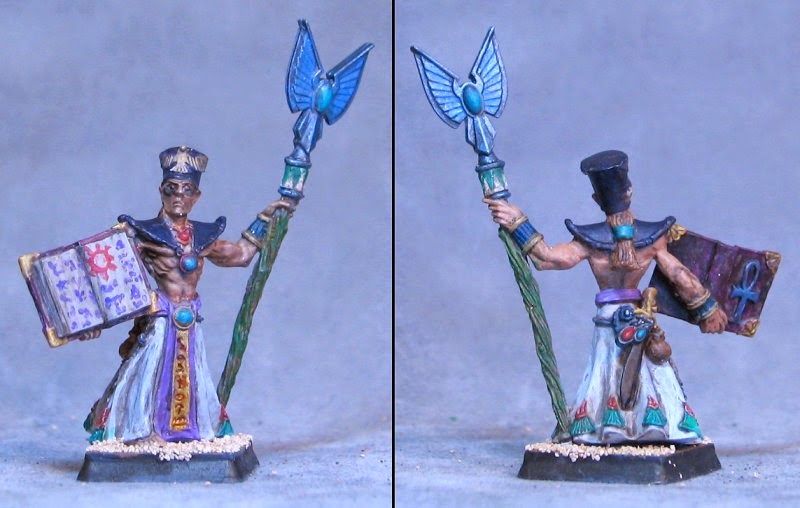 Next is Tebbi the Priest (no relation?), a small conversion of the male Asar Master of Words. The top of the staff had a skull in a box and this guy is supposed to at least appear to not be evil at first glance. So I got a plastic bit of some sort and put it on the top of the staff. Another plastic bit with the dagger and trinkets. 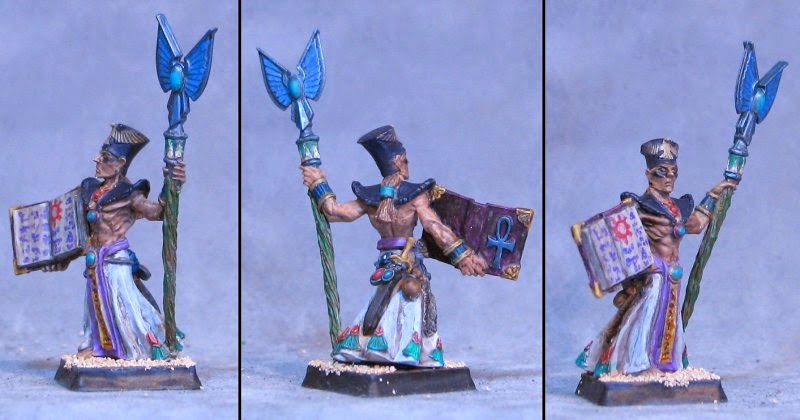 Next is the Asar Knight of Horus conversion. Simply a Warhawk with the weapon from his right hand removed and a shield and quiver added. 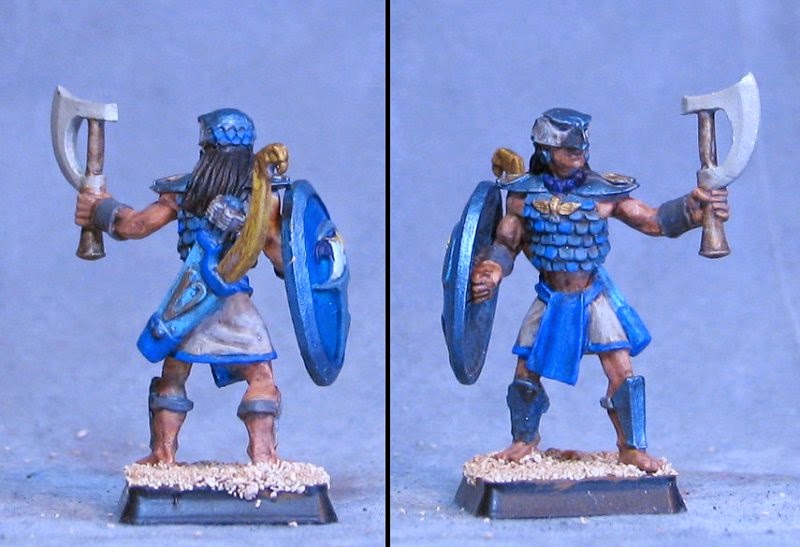 I'm seriously thinking about converting a whole unit of these guys (hand weapon and shield) but they'll have to wait until a few other conversion units are done. 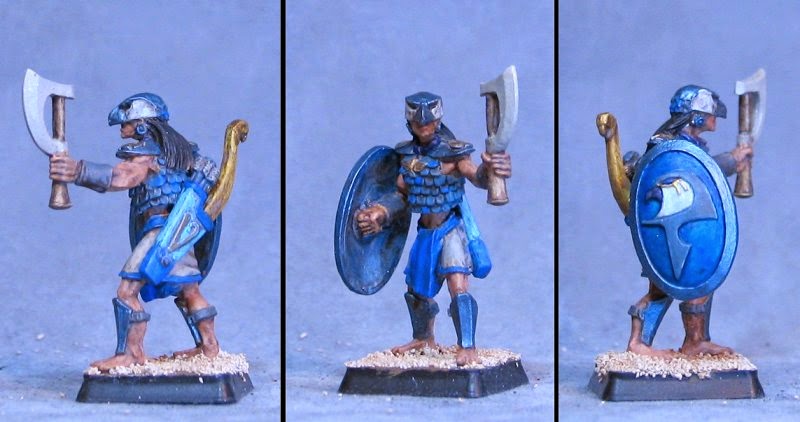 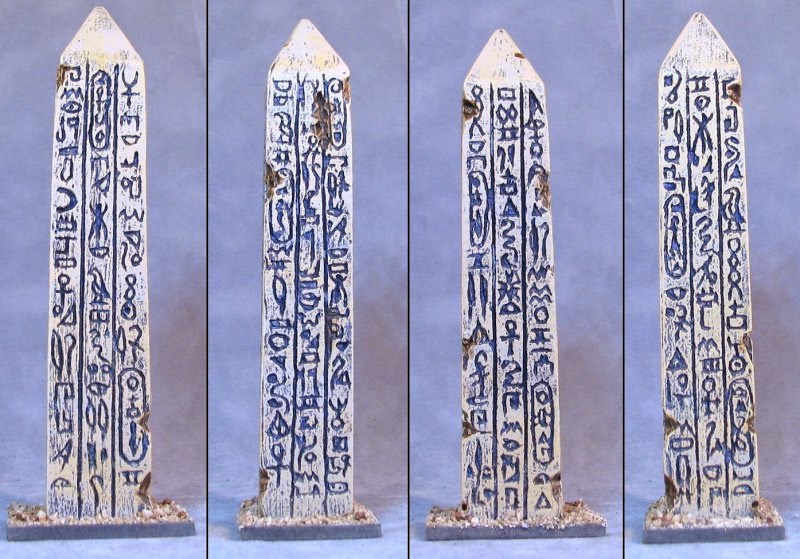 And finally, from GenCon at the Iron Wind Metals booth they had these resin Obelisks. After I grabbed a few pounds of lead from the by-the-ounce bins I decided to throw one of these in because another Obelisk never hurts.
Posted by Clarke at 4:34 PM