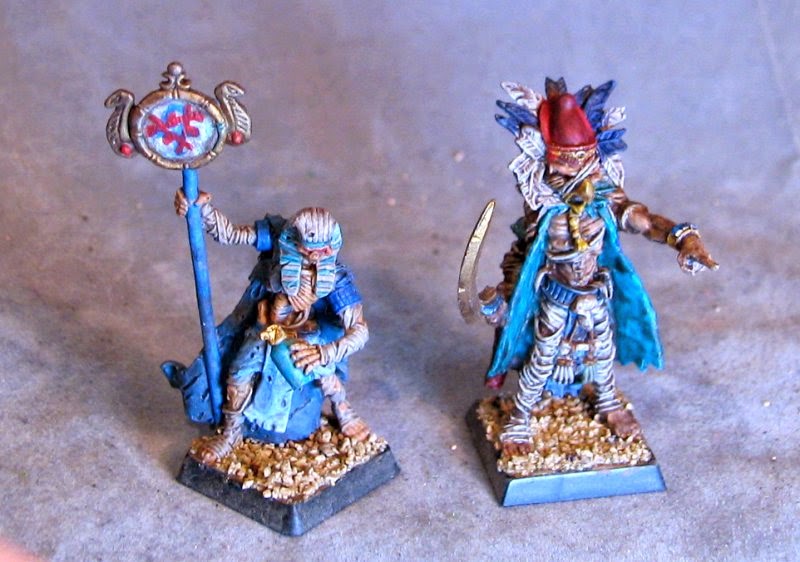 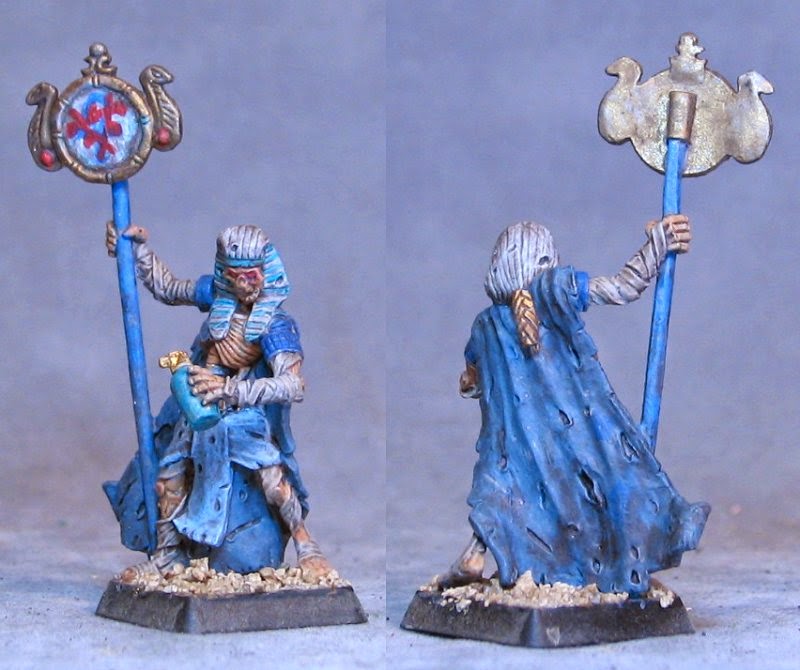 From Reaper, it's a Nefsokar Mummy Standard Bearer (officially Mummy Standard 6). The symbol I painted on the standard first was an Ankh which I then mostly covered with what I can only guess is some horrbile Eater symbol that means something really bad. 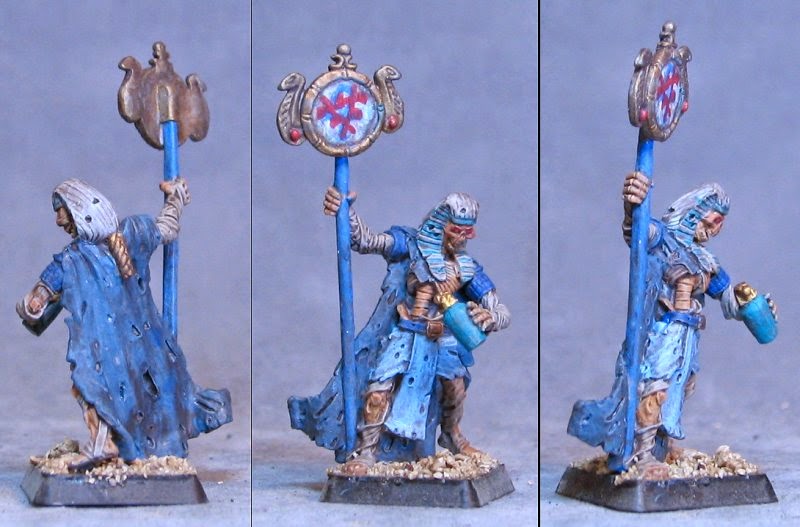 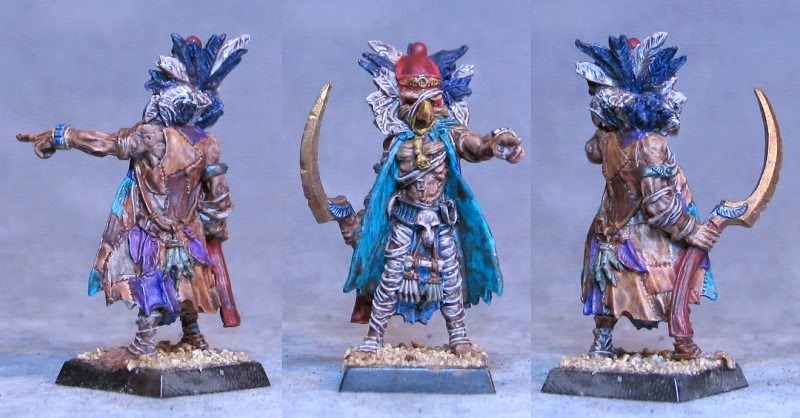 And from Crocodile Games is a Heru Crypt Lord. I've decided to name him Shamutanti. I think he'd make a good Dark Harbinger too. 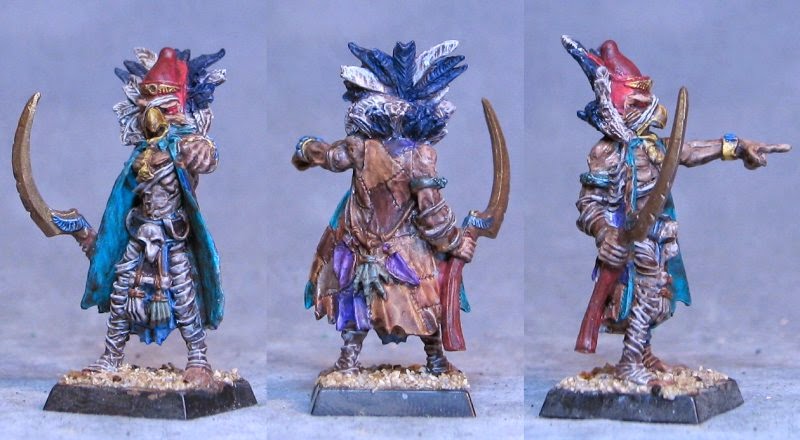