2 Objectives- Black Quill and Sword in a Stone

A Black Quill (Kekooee Seshket) and a magical Sword in a Stone...

The Kekooee Seshket have been mentioned before- magical quills created during the Aten Heresy. I figured it was about time I made one so that a possible campaign to collect the surviving Quills could at least be a possibility. The base is a resin 20mm scenic base that came with a Scibor mini. 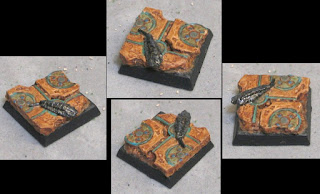 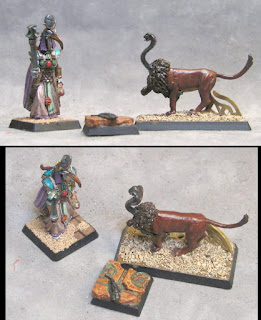 This Sword in a Stone happened because of a broken plastic sword from the Wardame's Factory Amazons box. I lamented for about 20 seconds and then thought "hey it's like that broken sword Hellboy had that time-- OR I could have it sticking out of some kind of rock." Well the rock idea won.

The 'stone' is a chunk of foam that comes in many minis blister packs. I cut it so it looked vaguely stone-like and then slopped some glue and some liquid greenstuff on it to try to make it smooth. It's not so smooth. Maybe it's a meteor with a prize inside? 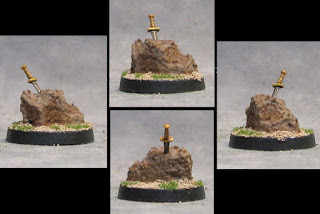 I think it came out pretty well for a spur of the moment project. It will be useful in several setting too. 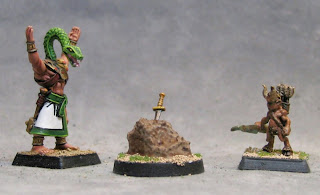 Some figures to show off the size....